Skip to content
ISM > News > VISITING CONFERENCE OF THE DEPARTMENT OF “THERAPY” AND “PEDIATRICS, OBSTETRICS AND GYNECOLOGY” OF THE INTERNATIONAL SCHOOL OF MEDICINE IUK 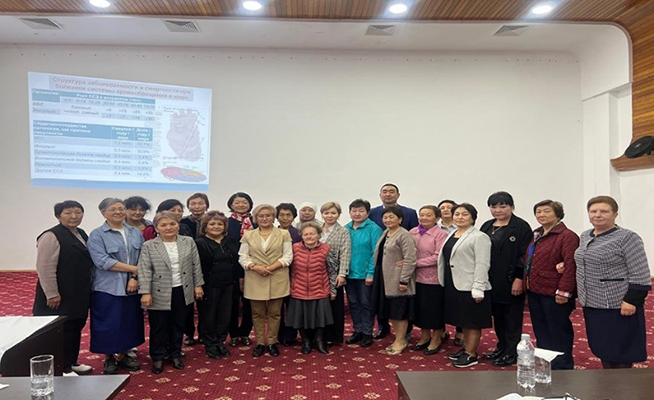 On May 3-14, 2022, teachers of the Department of “Therapy” and “Pediatrics, Obstetrics and Gynecology” of ISM IUK held a visiting conference for doctors of Issyk-Kul district, within the framework of the program to improve the quality of life of elderly people in the Kyrgyz Republic (Government Decree No. 442, dated August 30, 2019) with courses in gerontology and geriatrics at the Kyrgyz State Medical Institute of Retraining and Advanced Training named after S.B.Daniyarov (KSMIR&AT) of the Ministry of Health of the Kyrgyz Republic. The conference program included lectures on diseases of the cardiovascular system of the elderly, women’s health, respiratory diseases, as well as osteoporosis and problems of fractures in old age.

Participated а total of 62 doctors from the Central United Hospital of Issyk-Kul district, family doctors of the FMC of Cholpon-Ata and doctors of the sanatorium. 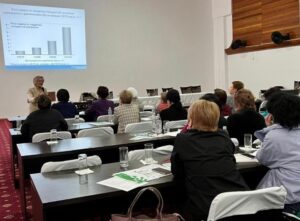 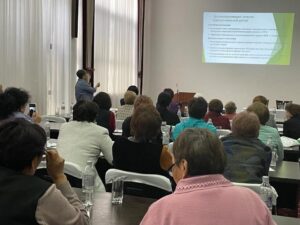