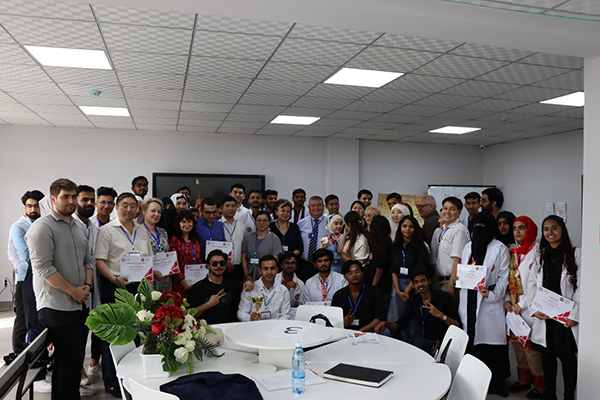 On May 17, 2022, the first international Olympiad in Anatomy and Histology was organized and held by the Department of “Macro and Microanatomy” of ISM IUK in the Morphological Building. The Olympiad was attended by students of the Kyrgyz State Medical Academy named after I.K.Akhunbayev, Andijan State Medical Institute, the International Higher School of Medicine, the Kyrgyz-Russian Slavic University named after B.N.Yeltsin, the University “Ala-Too”, the International School of Medicine IUK.

The main purpose of the Olympiad was to stimulate students’ cognitive interest in deepening knowledge in these disciplines and the ability to apply the theoretical knowledge gained when performing Olympiad tasks.

The Olympiad was held in three rounds:

The first round is a video presentation.

The second round is the theoretical part presented by the quiz.

The third round is the definition of anatomical structures on the dummies, as well as the description of histological structures.

As a result of the scoring for all rounds, the results were as follows:

The first place was taken by teams from the University “Ala-Too” and the International School of Medicine IUK;

The second place was taken by the Andijan State Medical Institute;

The rest of the teams were also awarded cash prizes and commemorative prizes. 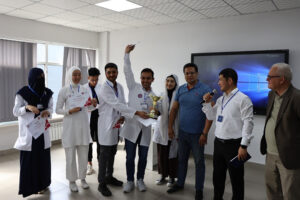 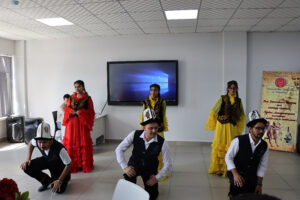 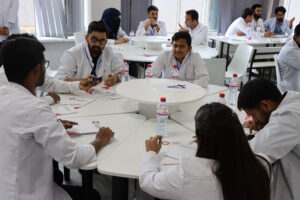 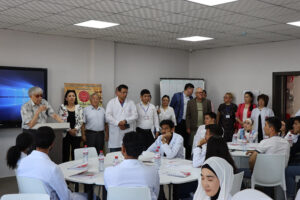 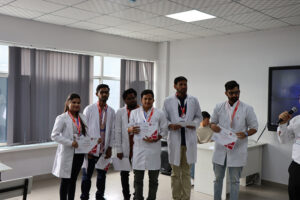 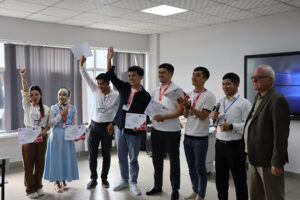